IN THE NEWS: Inside the Allen County Sheriff’s New Crisis Response Vehicle 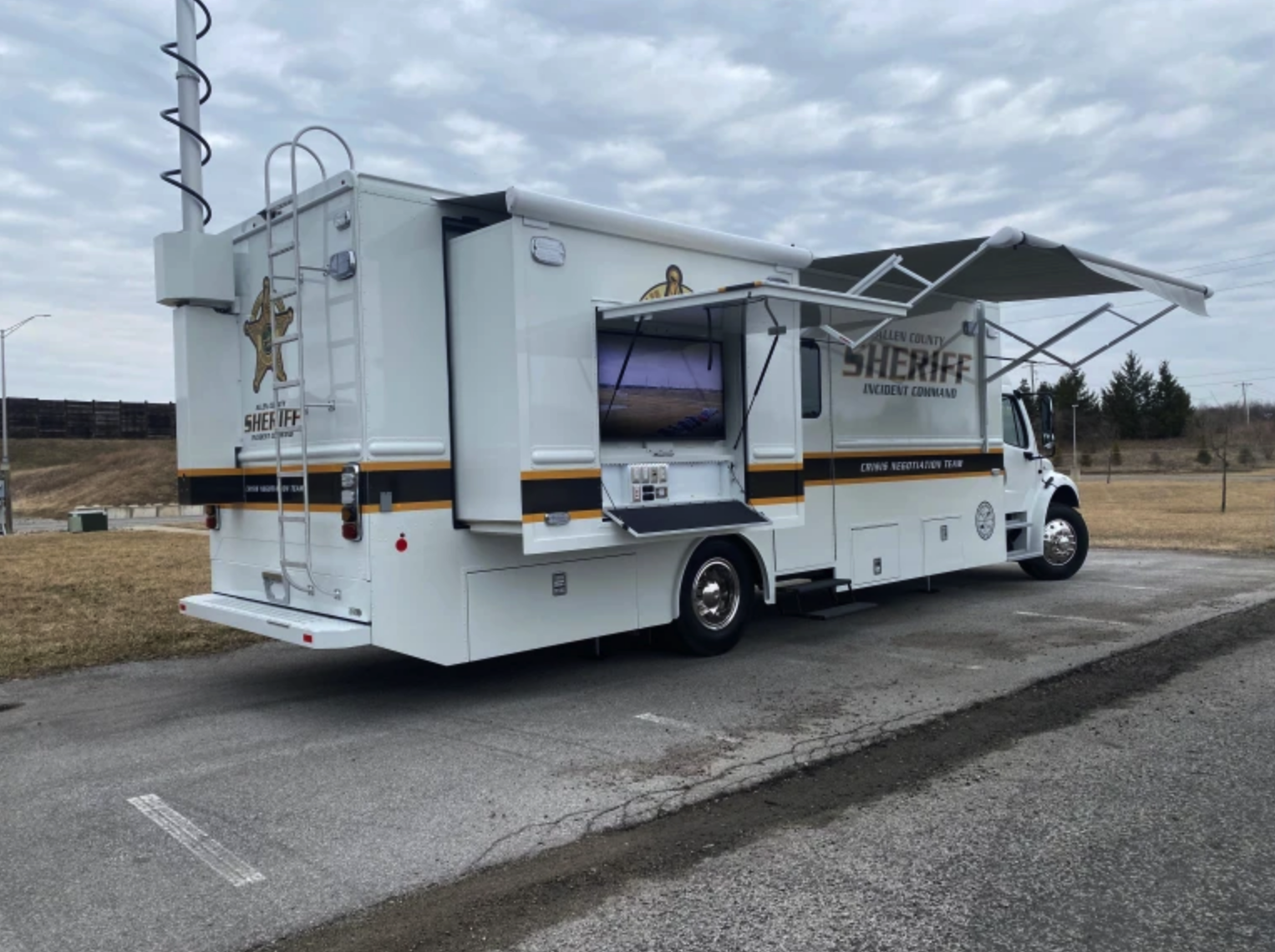 On Tuesday, the sheriff’s department let WANE 15 cameras in to preview the vehicle at the Allen County Sheriff’s Department shooting range facility on Adams Center Road.

The new one, manufactured by LDV, Inc. out of Burlington, Wisconsin, is equipped with multiple long-range cameras connected to high-tech computers. The diesel-powered vehicle cost the department about $600,000, but sheriff’s department officials said the price was well worth it when the department considered its needs.

“It serves several functions,” explained sheriff’s department spokesman Troy Hershberger. “It’s going to be a command incident vehicle. We hosted or had to provide security and set up for the Luke Bryan farm tour several years ago back in 2015. We had to prepare in a farm field for over 20,000 people and decided then that there was probably a need for some kind of incident command vehicle.”

The truck’s equipment “is just about as good as you can get,” said Cpl. Duane Romines, a warrant officer and negotiator. The other truck “came to the end of its life abruptly. This is an amazing step up.” Working with Romines Tuesday was Amy McHenry, a negotiator and school resource officer at Canterbury School, and Bill Roberson, a negotiator and school resource officer with Southwest Allen County Schools.

While inside the wiring is contained in a nerve center, on the exterior is a high-powered camera that sits several feet high off the back of the truck. The truck was paid for by Allen County Jail Commissary funds.

Another room off the cab is the where the crisis negotiators sit. Sgt. Kevin Neher is a team leader for the negotiators. Aiding him was Officer Pedro Yaruchyk who is also a school resource office for Leo Jr.-Sr. High school. Neher said the negotiating team has eight members.

In these crisis situations which could include barricaded subjects, suicidal subjects and drug raids, the county also uses an armored vehicle that is equipped with a bullhorn. An equipment vehicle is also housed in the county garage.

Where timing is most important, having its own SWAT team-like truck helps in response times, Gladieux said. “When something’s going down quickly and they’re saying ‘call the city and see if we can get their vehicle,’ it’s all about timing,” Gladieux added.

Photos and video are the property of WANE15 News
LINK to original article/news story: https://www.wane.com/news/local-news/inside-the-allen-county-sheriffs-new-crisis-response-vehicle/