Have You Been to the Super Bowl? FHP’s Trailer Has 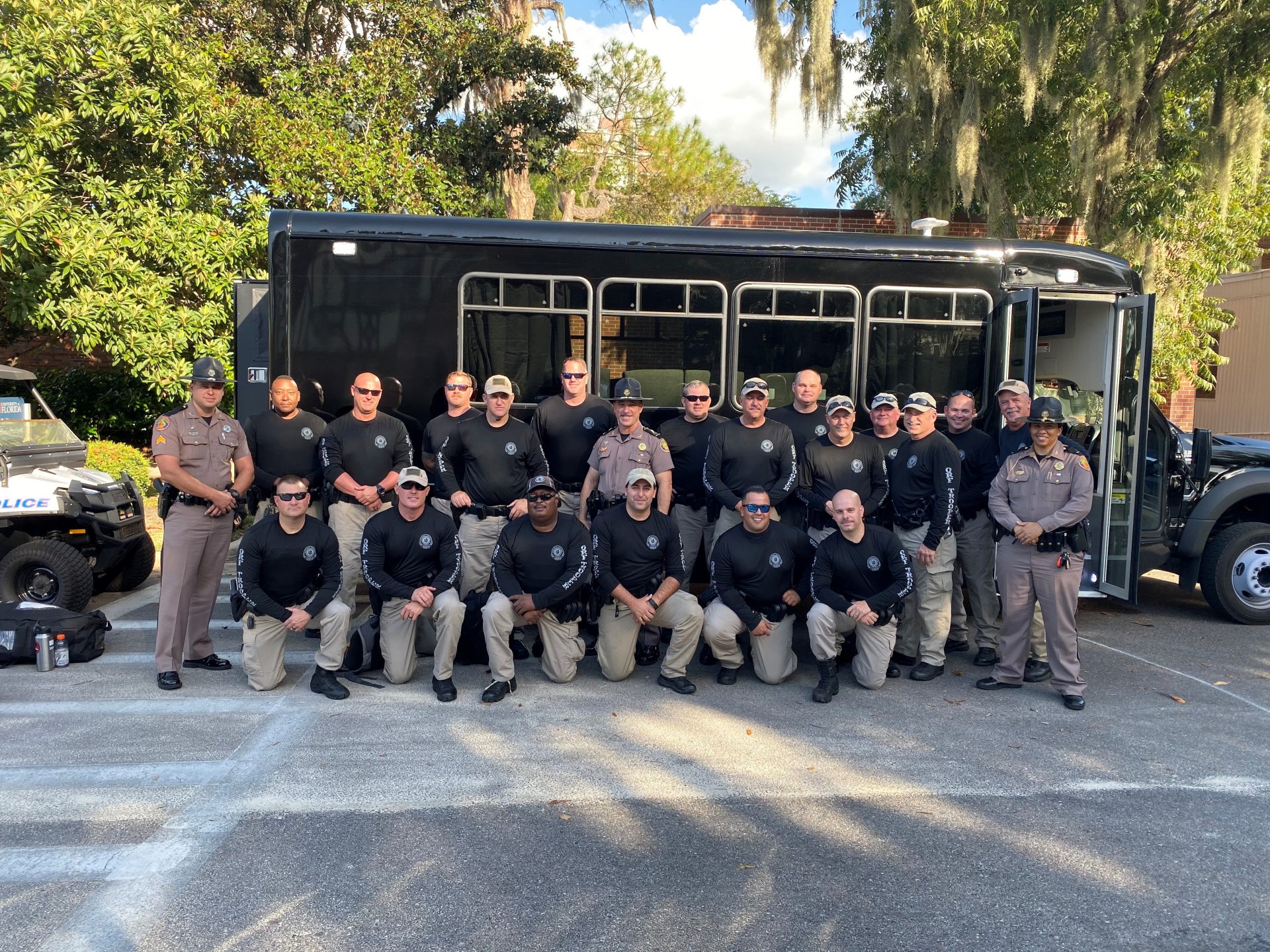 Everyone knows the great state of Florida for their sunshine, theme parks, challenging golf courses, fresh seafood and more. Florida has the longest coastline in the contiguous United States at 1,197 miles; 825 miles of those are accessible beaches. The state is also known for its world class offshore fishing and thriving wildlife including the elusive Key Deer, the smallest deer in North America found in the Florida Keys archipelago. There are more than 1,200 golf courses in the state as well, more than any other U.S state. Florida is also known as the theme park epicenter of the world: Disney, Universal Studios, SeaWorld, LEGOLAND and Busch Gardens all call Florida home. Over 21 million people have a permanent address and more than 90 million people visit the state each year to create a bustling tourism industry.

With so many attractions in the great state, additional resources were required to enforce vehicle laws on the roads and highways.

The Florida Highway Patrol (FHP) was established in 1939. FHP enforces motor vehicle and commercial vehicle laws and is charged with investigating motor vehicle accidents that occur on the state’s Interstate Highways and on all roadways within unincorporated areas of the state. The FHP’s responsibility is to investigate traffic crashes in any unincorporated areas, with the focus on the Interstate Highways as well as State and U.S. roads.(1) They total 2,475 full time employees on staff.

FHP assists with many different events and programs both in Florida and other states as needed including the 2020 Super Bowl LIV in Miami and the Republican National Convention in Cleveland, Ohio.

“The Florida Highway Patrol not only handles traffic enforcement for both motor and commercial vehicles but we also are the state’s response to natural disasters as well as some national events,” says Sergeant Artez Lester, FHP. “We have been a part of some really significant events to ensure public safety like the Super Bowl, RNC, NASCAR events and more.” 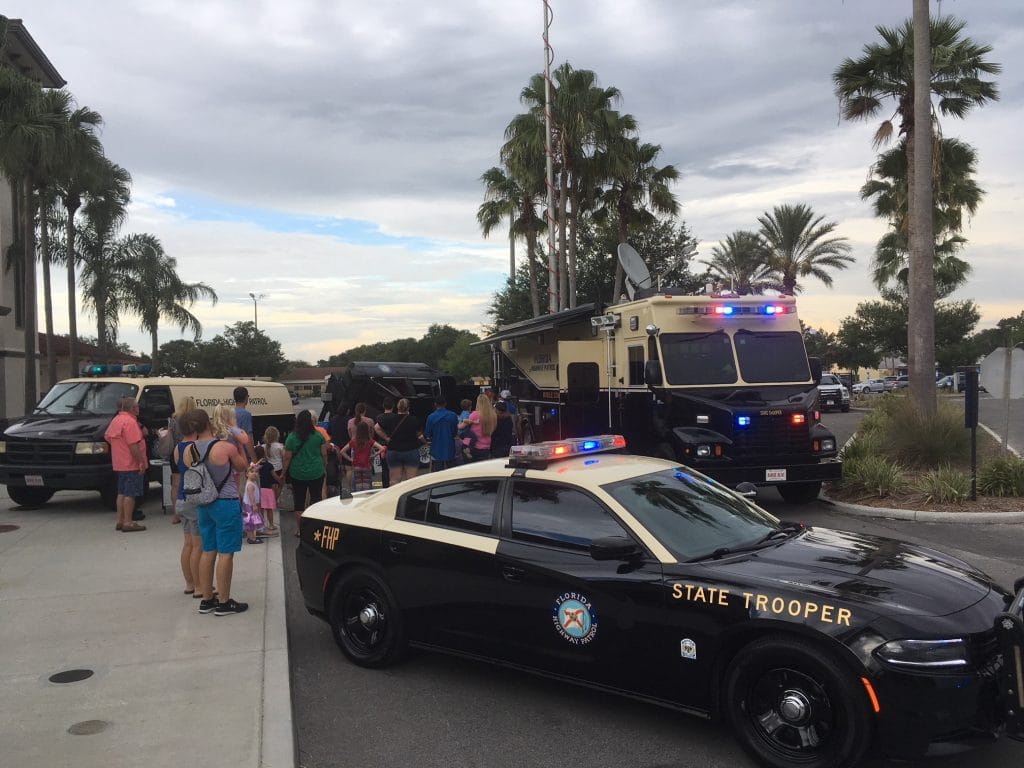 The First But Not the Last

The FHP bought their first LDV-built mobile command center in 2001 which was recently retrofit to update the technology on board. The vehicle has been operating flawlessly for them. To date, they now own two mobile command centers, two SWAT personnel carriers and a custom trailer.

“LDV vehicles just last. The attention to detail is unlike anything else out there. Little things like rounded edges on cabinets so we don’t catch our uniforms. I have toured the facility in Burlington like four times now and every time I am impressed how the wiring is done and the fit and finish of these trucks,” says Sergeant Lester. 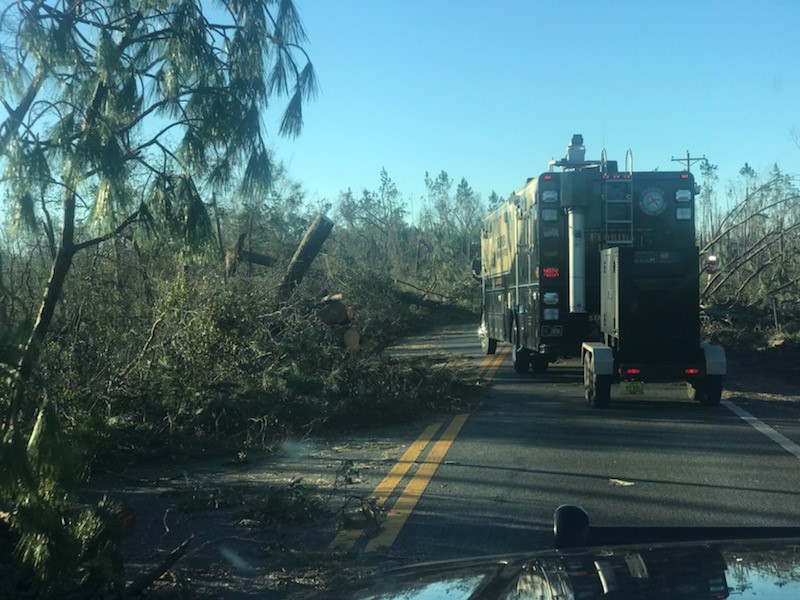 Florida Highway Patrol looked at several different custom vehicle manufacturers before they ultimately chose LDV. They have attended several Police Chiefs conferences and were able to review the vehicles on hand as well as toured the facilities of several different builders. Our Intel-I-Touch™ vehicle automation system is what sealed the deal.

“FHP is unique in that they aren’t a state police agency. They need agile vehicles that are capable of performing many different tasks typically. The first mobile command we designed for them worked so well they added a second,” said Sales Specialist, Rick Zinnen. 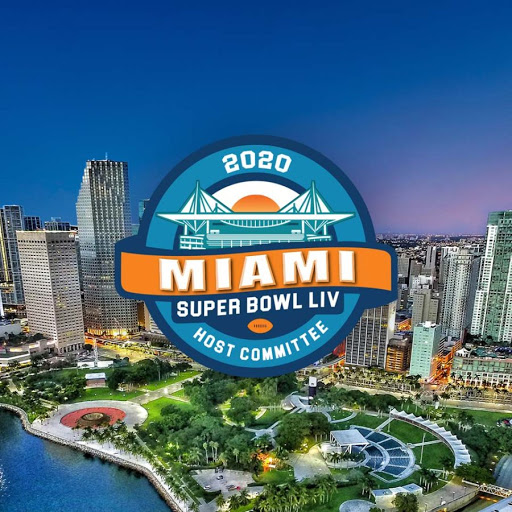 “The Intel-I-Touch system was what sold us on LDV. This was critical when we wanted to build the trailer. It allows anyone to get the trailer set up with little to no instruction on how to use it. It simplifies everything for us,” Sergeant Lester said.

The custom covert trailer he mentions is part UTV hauler, part mobile command. It has on board WiFi, a stainless work surface, large display monitor and fixed bench seating for staff collaboration. There are also storage cabinets for gear. Setup of the trailer on-scene is simplified thanks to our Intel-I-Touch™ system. FHP uses the trailer to haul their radiation detection-equipped UTV. This pairing was put to use at the Super Bowl in 2020. 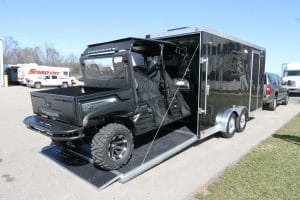 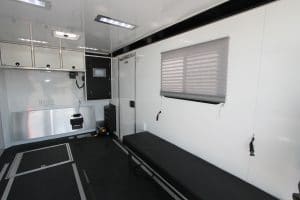 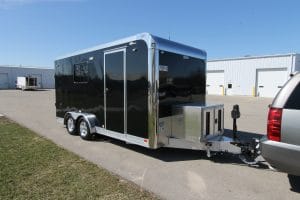 “LDV designed and built the trailer to be light enough when loaded to be towed safely behind one of our police (Chevrolet) Tahoe vehicles,” said Sergeant Lester. “We take it to large public events like the Daytona 500 and the Super Bowl and deploy our UTV. We use it to search for radiological dispersal devices (RDD) also known as ‘dirty bombs.”

In addition to their two mobile command vehicles and the covert UTV trailer, Florida Highway Patrol recently took delivery of two personnel carriers. These unique vehicles are a convenient way to transport staff to a crisis quickly while minimizing the amount of squad cars at the scene. Each bus transports 15 staff members plus gear.

“The buses are part of our Quick Response Force (QRF). We can load up and head out to a situation much faster than deploying twenty to thirty squads. 2020 had a lot of protests and other situations where we needed a lot of officers on hand as quick as possible and these worked great for that,” said Sergeant Lester. 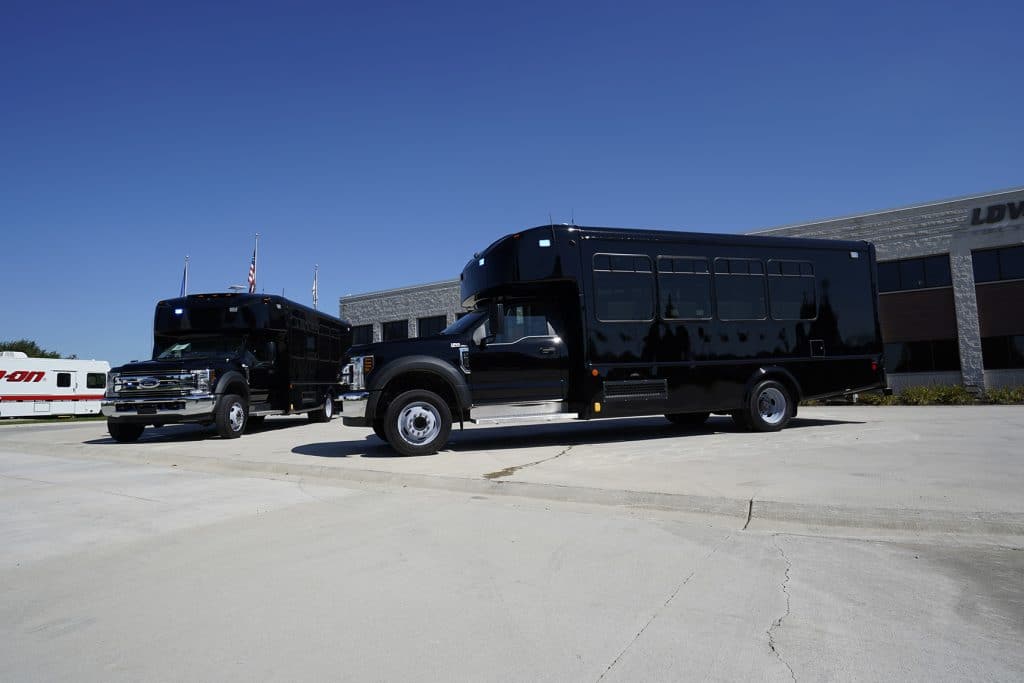 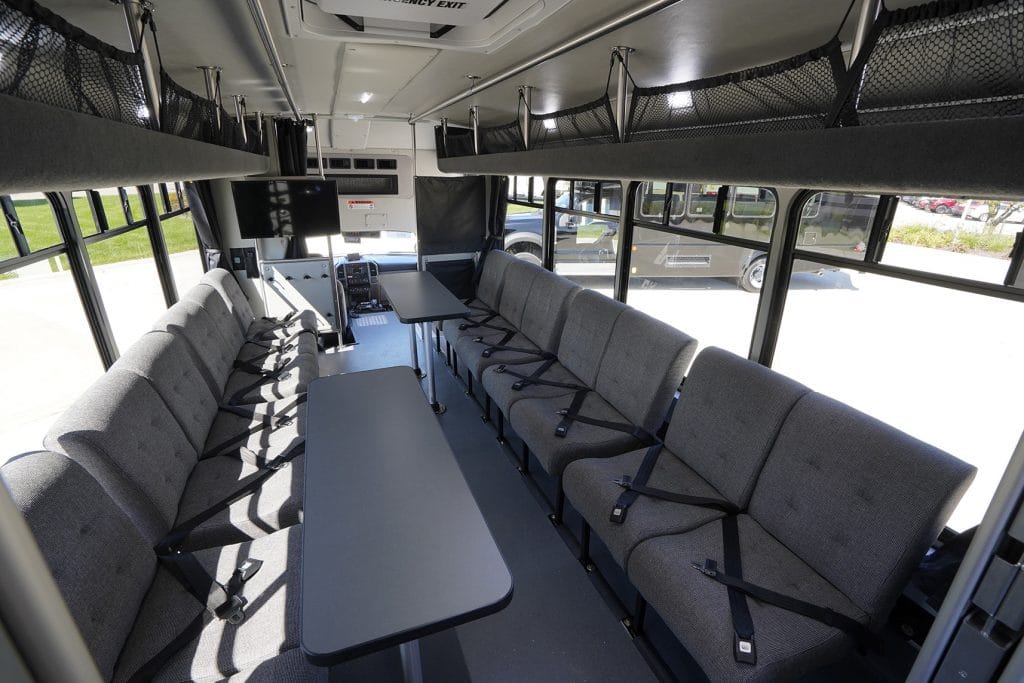 From motor vehicles enforcement on Florida highways, crisis response situations and even the Super Bowl in Miami, Florida Highway Patrol relies on their custom vehicles to assist when called upon. Assist being the key word here: vehicles designed and built as an extension of their agency. A special thank you to everyone at the Florida Highway Patrol and Sergeant Artez Lester for his help writing this article. Learn more about their custom vehicles on our website, www.LDVusa.com.